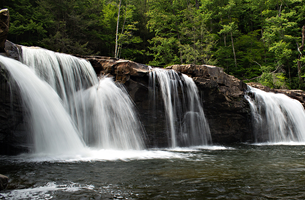 Hearsay and bad information often fuel people’s misunderstandings of health insurance. When was the last time someone snuggled up with a cup of coffee and her insurance policy?

According to the Life and Health Insurance Foundation for Education and the Henry J. Kaiser Family Foundation, the following myths are alive and well in the minds of most folks.

1. Canada has a better health care system than the U.S.

The debate rages on. Canada’s universal care system is fine, but there’s a limit on what you can get. For example, if you happen to be a Canadian age 70 or older and need bypass surgery, the government won’t pay for it.

“Universal health care isn’t better; it’s just different,” Tassey says. “One of the largest hospitals in the U.S. is the Henry Ford Hospital in Detroit. Many Canadians come over to Detroit for care — not because it’s better; it’s because they can get it (in the U.S.). There is no rationing (in America) of any sort, so they can just write a check.”

Americans may complain about the high cost of health care in the U.S., but Tassey points out that people are rarely denied care for any reason.

1. “People in the U.S. demand care and demand it immediately. They also think we can cure anything,” notes Tassey. “Unfortunately, it costs a lot of money to treat the number of fatal diseases that need a cure. We already have a semi-Canadian system for those who are 65 and older — it’s called Medicare, and it’s going bankrupt.”
2. It’s cheapest to buy health insurance through an employer’s group plan.

If your employer offers a group health plan, you’re likely experiencing annual increases in premiums, reductions in what’s paid for by your employer, increases in your out-of-pocket expenses and the possibility that you’re paying for lots of benefits you don’t want or need.

An individual health plan (the kind you buy on your own), especially for someone who’s healthy and young, can offer significant savings. Unlike individual plans, group health plans must abide by state health insurance mandates, which can require coverage for everything from autism to hearing aids and from contraceptives to in vitro fertilization.

Although an individual health plan can deny your application based on your health status, Matt Tassey, a spokesman for LIFE, notes that if you’re eligible the plan can be customized to meet your specific health care needs.

“If you’re a man, you have no need to see an obstetrician. But if they have an employer-sponsored health plan, they are still paying for (the obstetrics coverage),” he says.

Brenda Weigel, a spokeswoman for the National Association of Health Underwriters, says this is a common misconception. “The fact that health insurance is expensive is because health care is expensive. Or there’s the common misconception that Medicare administrative costs are lower than private plans, when in fact there is quite a bit of cost-shifting,” says Weigel.

When patients use a government insurance program (such as Medicare), providers of health care shift more costs to people who have insurance. The result is higher premiums for people who purchase their insurance on the individual market and workers who receive insurance through their employers.