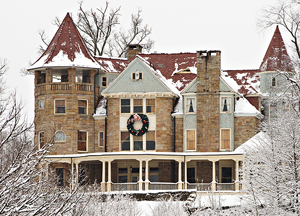 If you understand what your homeowner’s policy covers and how to properly document damage from a disaster, you’re more likely to get what you’re owed.

Homeowners are tallying up the damage inflicted by a brutal winter, and insurance claims are sure to mount with each discovery of a damaged roof or burst pipe.

The challenge for many is knowing whether they are getting the full compensation their policies should provide.

“We expect insurance companies to stand behind us when disaster strikes, but far too often we see insurance carriers deny, delay and underpay legitimate claims,” says Phillip Sanov, a Houston attorney and the head of the Lanier Law Firm Bad Faith Insurance Practice Group.

Insurance companies, increasingly focused on their bottom lines and appeasing shareholders, will try to cut corners when it comes to claims, Sanov says.

“It’s not necessarily the individual (claims adjuster) who comes out and has his feet on the ground,” he says. “He has to answer to two or three levels above him and do what he’s instructed to by the corporate office somewhere. It’s a trickle-down effect.”

Underpaying claims happens as often as it does because many policyholders have little understanding of the nuances of their coverage. There are also emotional considerations. After snow crashes through a roof or gale-force winds shatter windows, many homeowners just want to deal with the emergency at hand, avoid a prolonged battle and cut their losses.

“Insurance companies know that nine out of 10 policyholders are just going to give up and say, ‘It’s not worth it, I don’t want to fight anymore,'” Sanov says. “It’s only 10% to 20% that will really pursue a claim and get an advocate to fight for what they deserve.”

The Florida Legislature’s Office of Program Policy Analysis and Government Accountability issued a report last year that looked at the relationship among public adjusters, policyholders and the state-run Citizens Property Insurance program — an insurer established for those otherwise unable to afford or get coverage — in the wake of the 2005 hurricane season.

“The average insured does not know what he is entitled to,” says Joseph Zevuloni, the president and CEO of Zevuloni & Associates, a Florida-based public adjusting firm. “They will look at something that is broken and try to figure out what it will cost to fix. However, there are other damages they are not trained to look for or know any better. By the time they find out, the insurance company may say that they waited too long, never reported it, that they don’t deserve it or it is not included in their policy.”