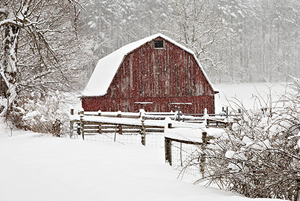 Anyone who doesn’t own the place they live is the short answer. But 3 particular groups are most likely to be without coverage. Make sure those you love are protected.

Anurag Wahklu meant to get renters insurance. He’d talked with an agent and was waiting for more info. Then his Boston-area apartment building went up in flames, leaving Wahklu, his pregnant wife and his mother-in-law with little more than the clothes on their backs.

Now, he says, “I am a strong advocate for renters insurance.”

So is Joie Tamkin, who came home and interrupted a lunch-hour burglary at her Austin, Texas, apartment. The thieves didn’t have a chance to get to her jewelry, but they swiped the television and a smart phone. It took six months to save up for replacements.

“You might think you don’t have anything of value, (until) it gets stolen from you,” Tamkin says.

Cynthia Clampitt lived in a Chicago-area apartment complex where a resident decided to deep-fry a turkey . . . indoors. The resulting blaze torched the unit and did considerable damage to neighboring apartments.

“There are as many reasons to have renters insurance as there are things that can go wrong,” she says now.

If you don’t own the place where you live, you need renters insurance.

That includes those of you in rental houses, apartments, dorm rooms and senior living complexes.

Coverage is cheap, generally between $100 and $300 a year depending on where you live and what you’re insuring. It takes less than 10 minutes to sign up by phone or online.

Not having renters insurance is the ultimate penny-wise, pound-foolish decision. Think you can’t afford it? Well, think about this: How would you pay for temporary lodging and replace all your clothes, dishes, furniture and electronics if your upstairs neighbor fell asleep with a cigarette in his hand?

One-third of us rent

One-third of American households are now renting. That number is likely to rise due to “changing demographics and housing preferences,” says the National Multi-Housing Council. The industry group notes that half of all new housing built between now and 2020 will likely be rental units.

The NMHC’s annual survey shows that two-thirds of apartment management firms won’t rent to you unless you show proof of insurance. That’s a 22% increase from the previous year.

Landlords do this for several reasons. Tenants who have coverage won’t be financially stressed after a fire or property loss, i.e., they can keep paying their rent on time. A tenant with insurance also is less likely to file a lawsuit to recoup losses, says Eric Narcisco of Effective Coverage, a Manhattan brokerage specializing in renters insurance.

His own college-age daughter is covered; he made sure her friends’ parents knew about renters insurance, too. “Rental or dorm or sorority, they are subject to vandalism, burglary, theft, electrical surge, fire,” says Darras, who practices in Ontario, Calif.

People who have lost homes to foreclosure and seniors who move into apartments may be particularly vulnerable. Both groups probably kept their most valuable possessions when they downsized. Having been homeowners for years, they may not be in the mindset to seek renters insurance.

If you were foreclosed upon, you may still be shocked and grieving. It would be a lot worse if you lost any (or all) of what’s left due to a lack of insurance. Do something about this, now.

And hey there, sandwich-generation kids: If your parents are in an apartment or assisted living, find out if they have renters insurance. If they don’t, get on the phone with an agent. Certain items – antiques and heirloom jewelry, for example — may need additional coverage.
Surprising coverage

Renters insurance isn’t just for water or fire damage, or even just for problems on the premises. Here are a few successful claims mentioned during interviews:

* Luggage gets lost by an airline or stolen from a hotel.
* You accidentally injure someone during a pickup ballgame in the park.
* Your car gets stolen the day you pick up a bunch of $300 business suits from the dry cleaner.
* A prolonged power outage ruins a freezer full of food.
* You are robbed of your cell phone and camera while on vacation.

Clearly you should talk to your agent any time you suffer a loss, no matter how unlikely it seems that you’d be covered. (A freezer full of food . . . who knew?)

Limitations exist on certain items, e.g., a $500 total for jewelry. Talk to the agent about buying additional insurance on particularly valuable items.
Having a place to stay ‘saved my world’

Nicole, a New Yorker who asked that her last name not be used, guesstimated how much her belongings were worth and bought insurance to match.

One year later a building fire displaced Nicole from her apartment. Because she had coverage, the freelance PR specialist was able to get a hotel room and keep working, instead of crashing on friends’ couches and hunting for Wi-Fi at coffee shops.

“I was able to maintain a level of normalcy,” she says. “My renter’s insurance saved my world.”