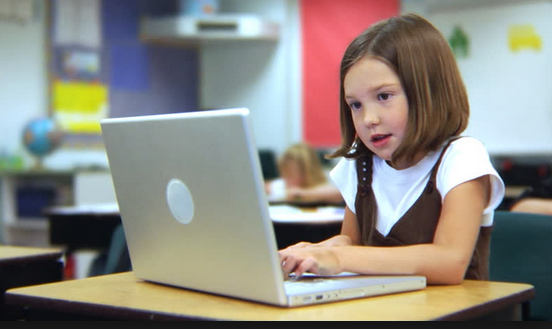 It might be hard to believe, but the new school year is officially upon us! This season signals the end of relaxation and has triggered an influx of back-to-school spending and preparation. Updating wardrobes and refreshing school supplies are two of the most common avenues of back-to-school spending, but how about making sure your kids are well prepared on the technology front?

Some schools provide students with the technology needed to complete in-class work, but others require students to equip themselves with proper tech aids. With education moving, progressively, towards an online environment, it’s important to make sure your child’s technology is up-to-date!

Below we have reviewed some of the hottest tech that you need to know about heading into the new school year!

Chromebooks have been among the most popular form of technology in the classroom for the past few years and this Chromebook doesn’t disappoint! While being described as a hybrid between a laptop and tablet, the Samsung Chromebook Pro provides a sharp screen design and weighs just 2.38 pounds. The screen measurement comes in at 12.3 inches and features a touchscreen with a 360-degree hinge.

The Chromebook Pro also boasts itself as being the first Chromebook with a built-in stylus. This makes it perfect for taking notes and freelance sketching during classroom activities or presentations. At a price of roughly $529, it will be hard to beat this Chromebook option!

With Apple trying to make a larger splash in the classroom, it has been announced that they’ll be releasing some new devices that will be solely focused on improving the classroom experience. The first of these updates come in the form of a new iPad Pro.

Apple is set to unveil an iPad that will strip back some of the premium features of the regular iPad in order to offer its device at a reduced cost. The cost is rumored to be in between $259 and $299. It is worth noting that this iPad is being targeted towards younger students with specialized apps to aid in the learning process.

Some of the more popular apps included on this device are Pages, GarageBand, iMovie, Keynote, and Clips.

The second of these major Apple announcements is in regards to a redesign of the MacBook Pro. With the same strategy as the new iPad Pro, Apple is aiming to make the MacBook much more affordable for educators and students. It will maintain the same 13.3-inch MacBook design as its predecessor, however, will include much of the same apps and features of the iPad Pro, making it a welcomed addition to the classroom.

The estimated cost of this device would be in the range of $799 to $899. It should be interesting to see how Apple plans to invade the education market with these two aforementioned products!

Unlike the Samsung Chromebook Pro, the Asus Chromebook Flip is designed much more like a laptop as opposed to the Chromebook Pro, which was described as having more of a tablet feel. With that said, the Chromebook Flip still sports a 360-degree hinge design that has the capability to “flip” the screen, a feature not offered by most Chromebook designs. Its crisp screen picture has often been hailed as its most important feature, with a 12.5-inch screen and utilizing Intel HD Graphics 515.

At a retail price of $530, it’s hard to beat this option for users who are looking for a Chromebook that offers flexibility and premium features.

Don’t be unprepared heading into the new school year! Take a look at these devices and other upcoming releases to make sure you stay on top of your technology game in 2018. Be sure to pause to consider if device insurance is appropriate for you and best of luck to all students and teachers this school year!

If your homeowner’s insurance does not cover devises moving between home and school, consider a tenant insurance policy. We can help define your needs. Ask us today.