Our toys lay discarded in an attic or a basement. Perhaps they are still at our parents’ house. Perhaps our mother or father has dutifully kept them aside due to their sentimental value. They slowly gather dust, cramped in the bottom of a cardboard box. But what if we said that those toys we tossed aside so many years ago could be worth a fortune? It’s not too late to reclaim them. But we should act quickly. Our parents could be cleaning out our old toy boxes right now – planning to give all our treasures away to thrift stores. Don’t let this happen! We must do everything we can to hold onto our old toys. Our bank accounts will thank us later.

Of course, some of those toys might be worth a fortune today. Many would be surprised at what some people are willing to pay for old toys. While we might not be able to understand the mindset of one of these crazed collectors, we can certainly educate ourselves enough to profit from their spending habits. Here are a few of the most valuable toys in 2018. Don’t throw these toys away! 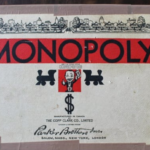 1. We all know that Monopoly is one of the oldest and most well-known board games in existence. But just how old is it? Believe it or not, the Board Game was first released way back in 1933 – that’s before World War II! And it should be a no-brainer that if you can get your hands on that original, first edition of the game, you’re in for a serious payout. Even later versions that are still considered “vintage” can be sold for thousands of dollars. It might be a good idea to ask your grandparents if they have an old edition stowed away in their attic2 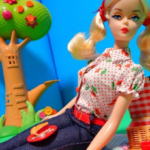 2. One of the oldest toy franchises in the world is the Barbie line, having been introduced around the 1950s and still proving to be incredibly popular even to this day. Not only that, but they’ve proven to be a great option for toy investors who have kept possession of retro Barbie dolls. These toys can be worth thousands of dollars today. And the real caveat is that their value holds up even when the Barbies are used. A used Barbie from the 1950s can be worth thousands, and even rare releases from the 80s and 90s can fetch a great price. 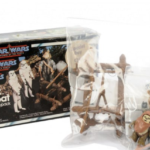 3. Star Wars toys have a tendency to be of extremely high value. A great example of this is the Star Wars Ewok Combat Play Pack, which was released all the way back in 1984. More than 30 years later, the price has increased exponentially, with mint condition versions being sold for $6,000. Considering you could’ve picked this up for about 17 bucks back in the day, this has proven to be an incredible investment for a select few collectors. 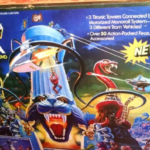 4 Master Of The Universe

4. Master Of The Universe was another franchise that became incredibly popular in the 80s, and there are still collectors today who feverishly seek out rare versions of the game’s playsets that are incredibly hard to find. There are many examples of rare toys within this franchise, but the one version that is most valuable is the Eternia Playset. This was a massive set, with three towers and tons of little figures. A complete set is almost impossible to find today, which means they can be worth thousands of dollars. 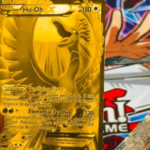 5. Although the Pokemon fad is relatively young compared to some of the other retro toys mentioned here, it’s proven to be a very lucrative franchise to invest in. Even after a few decades, the prices for some rare Pokemon cards have skyrocketed incredibly. Only the rare varieties such as gold, ancient, and holographic will fetch a pretty penny, but it’s still an impressive rise in value. We’re talking tens of thousands of dollars here, and a Pikachu illustrator card sold recently for over $50,000.

Even if we’re talking toys here, Collectibles are worth insuring! We offer a full range of Protection with Comprehensive Coverage – call us or email today.